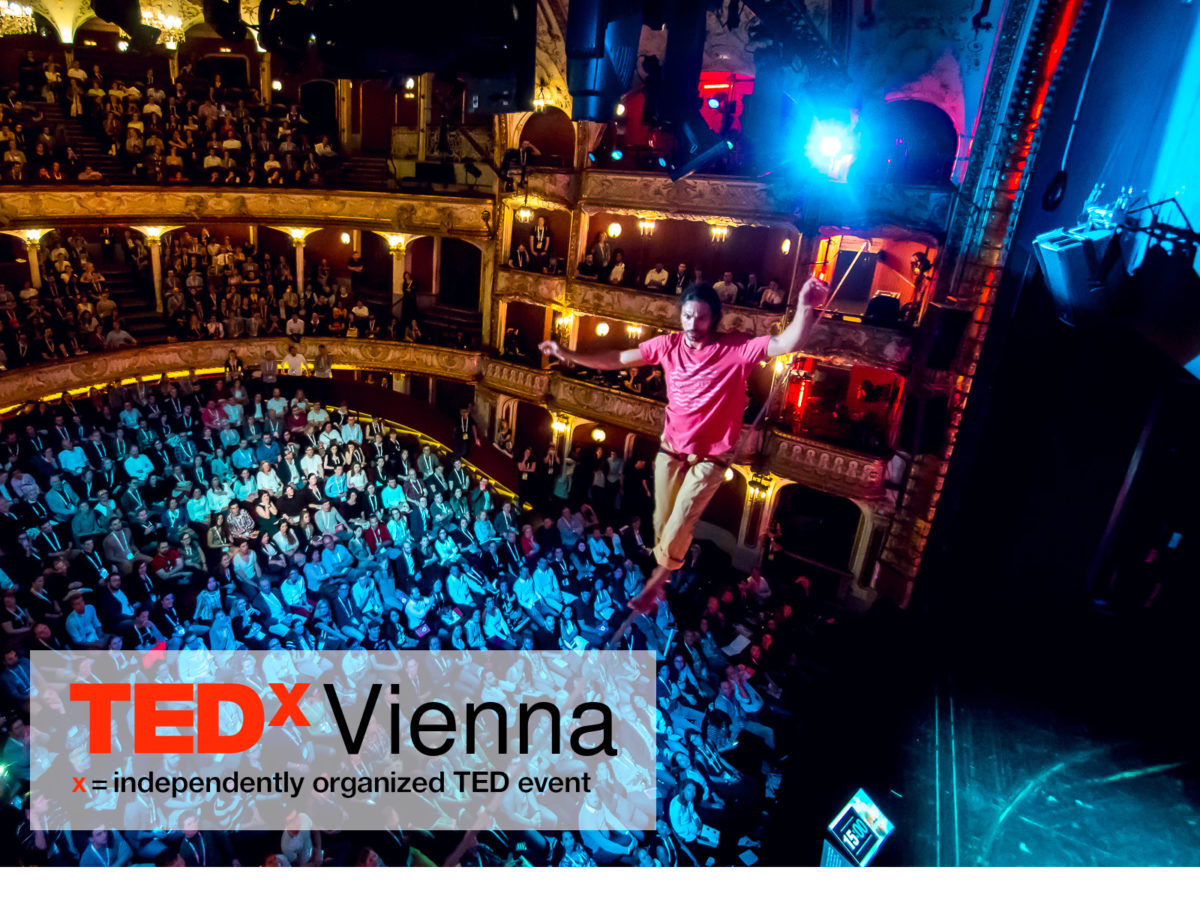 The Hack: Greet and welcome each guest in line with a coffee and pastry

Réka Artner and her team of 70 have been producing TEDxVienna for several years now. She joined the team after attending TEDxViennaLive in 2012. It’s one of the TEDx events that other organizers would love to visit. Set in some of the cities most amazing historical venues, this TEDx also features Adventures (see video montage below) and workshops. TEDxVienna has been around since 2010 and has produced 23 events, including Salons and Live simulcasts.

Réka has an infectious laugh, and her first job was as an event manager and working with 50 volunteers on the day of the event. She says that the most significant surprise has been what the audience reacts to. Having a close liaison with the speakers gives her a sense of how the audience will respond, and they resonate with the ideas in unexpected ways. She loves this.

The idea of producing Adventures for the event, essentially mini-field trips, led by volunteers, is a way to take attendees on a local exploration into a place that they’d probably not be able to get to on their own. They did ten adventures with 20 people in each one. (The more we hear about adventures, the more we want to produce them ourselves).

We do a lot of scouting (for ideas). 70 people on the team send in ideas all year long.”Réka Artner – Co-Organizer, TEDxVienna