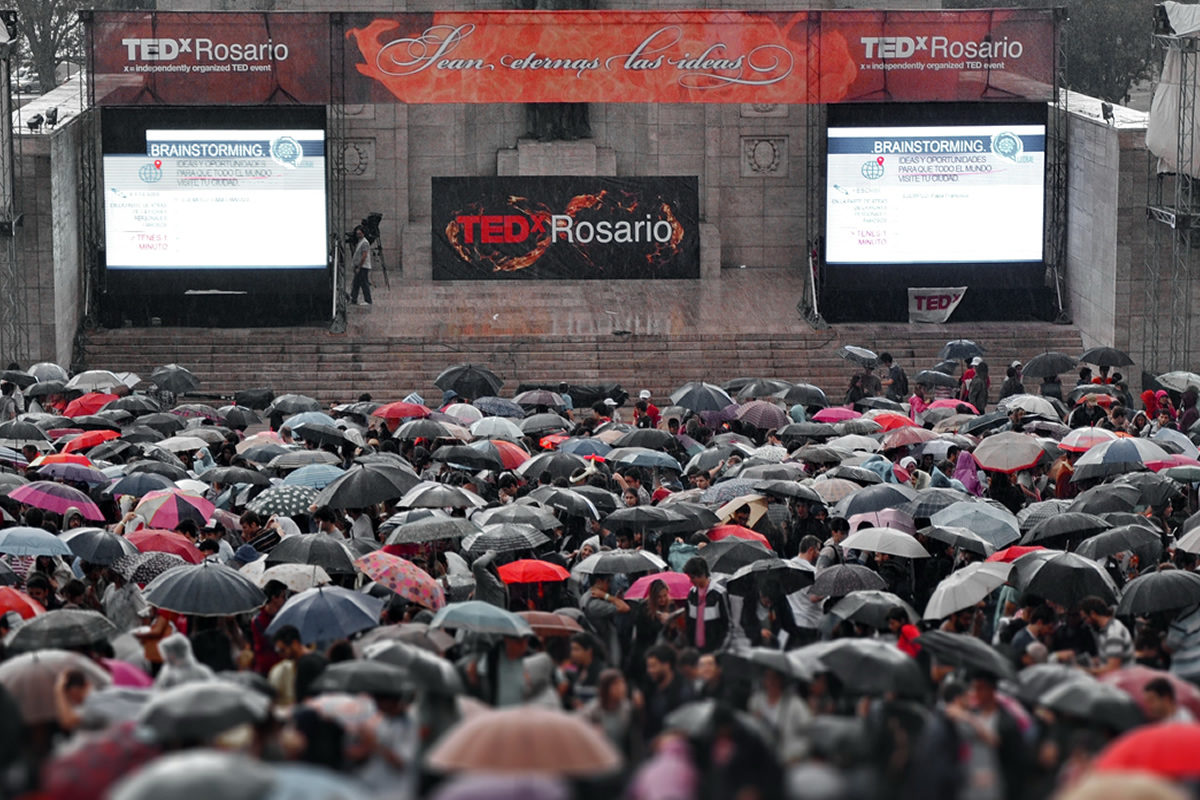 The Hack: Don't worry too much.

Javier Yunes, whom I met at TEDFest last year, is the organizer for TEDxRosario in Argentina. His town has over 1 million citizens, and thousands of them come to their event each year. He's most excited about a recent Organizers' workshop he attended in Bariloche and told us the story of his first workshop in 2010 on a floating hotel in Amazonia.

Javier tells a great story about a big surprise at TEDXRosario 2014 which was held outside, and a sudden rainstorm forced the event to halt. He and his team were resourceful and located a source of umbrellas, but not enough, so people had to share. Sharing umbrellas turned into an unexpected community building activity. He says the best part of the event was the rain. Note: Maybe they didn't think that at the time.

Javier has been producing TEDx events since 2009; he was one of the first. And in talking to him, you can tell that there's a lovely, friendly rivalry between him and other South American countries, especially Brazil. He says, "We're catching up."

The Plaza before the rain started

We change our venue every year, so we have a lot of fires to put out."Javier Yunes, TEDxRosario, Organizer