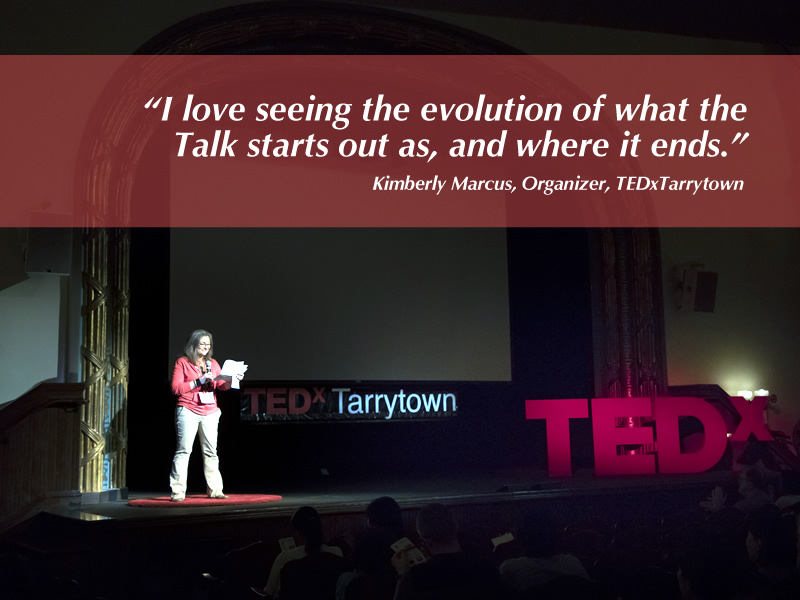 The Hack:
Binge listen to the Hacking the Red Circle podcast 😉

Kimberly Marcus traveled the path to the Red Circle first as a speaker then made her way to Organizer of TEDxTarrytown in 2017. She made the trek to TEDFest in Brooklyn to remove the population cap off her event. She went to Brooks Institute (originally here in Santa Barbara) to study photography and moved to the east coast in 1987, where she's an aspiring children's book author.

If you're not familiar with Tarrytown, it's one of the river towns along the Hudson River, north of New York City. If you're familiar with the Legend of Sleepy Hollow, then you know where Tarrytown is.

Tarrytown is a very diverse community in gender, race, and age. Kimberly feels that showcasing this diversity in the Talks is important. It's a small town of 15,000 people and she mentions that the 78 people who applied for 5 spots generated humbling and heartwarming conversations.

When I asked what her biggest surprise was, she said, "I was surprised that it all worked." Spoken like a true first timer. We recorded this episode before she produced her second event in November 2018, and we're pretty sure it went great.

I love seeing the evolution of what the Talk starts out as, and where it ends up."Kimberly Marcus, Organizer, TEDxTarrytown