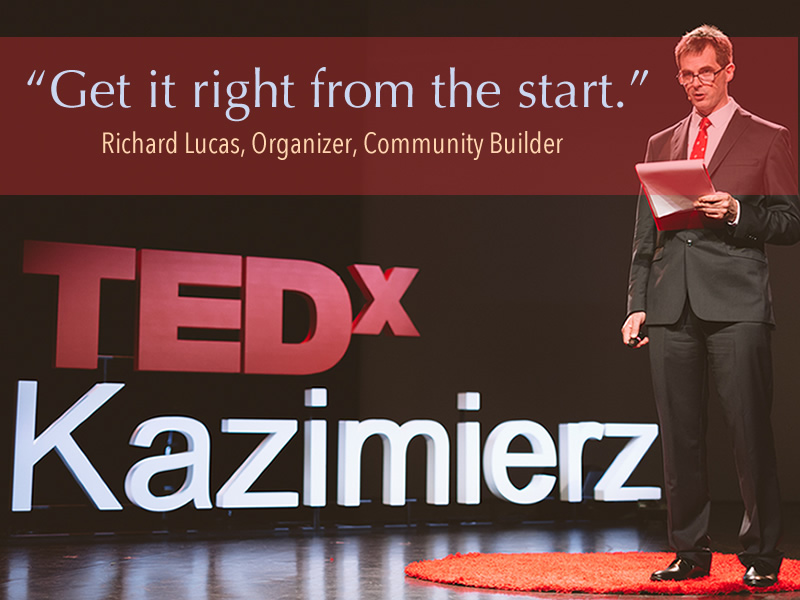 The Hack: Tell the audience they have to behave differently.

Richard Lucas is a British businessman and social entrepreneur. He has lived in Krakow for more than half of his life, having grown up in Oxford. He has been involved with TEDx as a speaker, sponsor, and organizer, with TEDxKazimierz since 2015 and other TEDx events since 2010. Kazimierz is the Jewish district of Krakow and provides a fascinating cultural context to the TEDx event. Richard says that he curates Talks that focus on community building, offering ideas that are coming out of Kazimierz, for Kazimierz. Richard wrote extensively about community building on his blog, and I immediately shared it with our team, you may want to do the same. Richard’s TEDxKrakow talk on organizing a global movement without funding, is an excellent treatise for those who are challenged with budgets.

Richard says that the reason he applied for a license was because he wanted this 90-year-old Soviet Gulag survivor –  Wojciech Narębski – to tell his story on the TEDxKazimierz stage. He says that he feels it is one of the more important things he’s done in his life.

Richard’s life is steeped in TED. He has attended Summit, Global, various workshops and met the TEDx team in Cape Town. One daughter is the licensee for a TEDx in Scotland, the other is helping at TEDxWarsawYouth, and his son is a magician who performs at TEDx events as well.

Richard is deeply involved in the entrepreneurial community and promotes a modern renaissance of technology and innovation in Europe with Project Kazimierz. Having met him in person at TEDFest2018, I can attest to him having an abundance of energy, required for all the things he’s involved in.

Richard believes that as a licensee you’re gifted, free of choice, to work with one of the top brands in the world and that TEDx is a way of making the world a better place. I was taken with his philosophy of the user experience. “They arrive at a different world than they were expecting.” This episode is rich with quotes, and you’ll want to have a notebook handy to capture ideas for how you can make your event more engaging, and as Richard says, “Get it right from the start!”

For Richard, TEDx is a family affair. In the photo below we see his sister, Helen Lucas and ex-wife Anna Motylewska attended TEDxKazimierz 2016 – seen here with Helena enjoying Daniel’s magic show during the break. 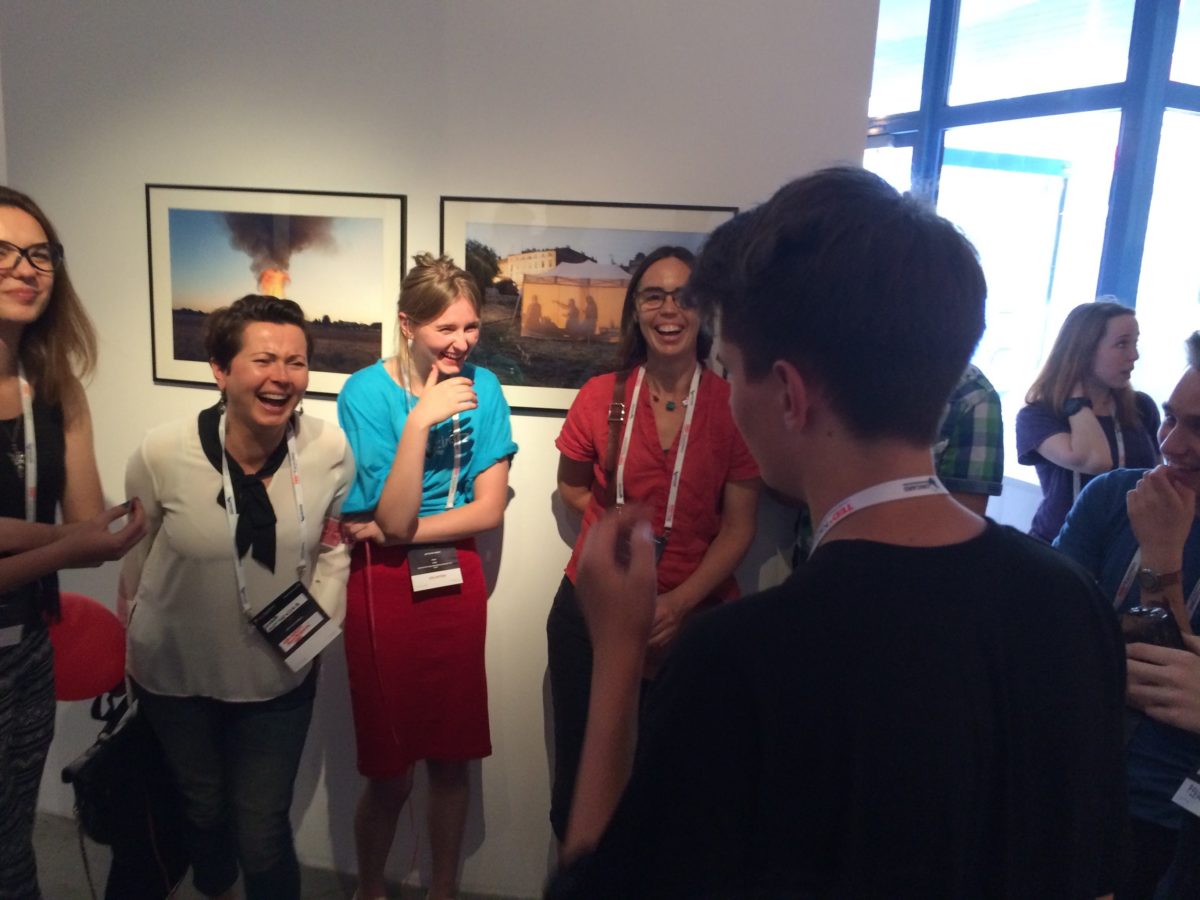