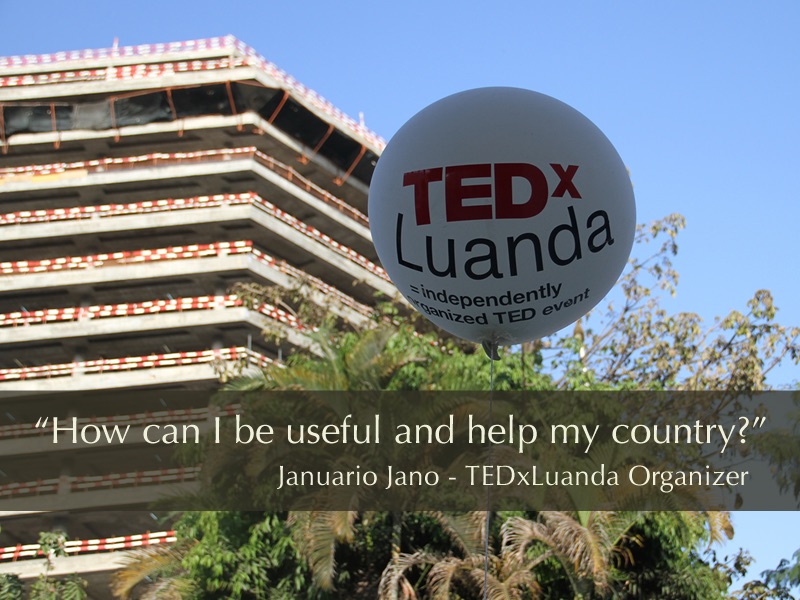 The Hack: We take a tour after the event into the countryside to villages that would never be able to attend TEDx

Januario Jano is the Organizer for TEDxLuanda, which is a beautiful city on the western coast of Angola. He is a global soul, born in Angola, with homes in London and Lisbon. Angola is a former Portuguese colony. Watching the TED Talk by Sir Ken Robinson changed everything for him and incited him to be a change agent.

In 2012 he wanted to get a license for Luanda and applied, however, he wanted a more significant event than 100, so he invested in attending TED Active in Palm Springs. He came back home to educate his community and friends about the power of TED. Since then, he also made the trip to Doha for the TEDxSummit.

In 2005 Luanda became an economic boom town. Playing on this, Jano blends the regions deep African roots with entrepreneurial vitality to create a unique event. I love his story about having a big dinner the week before where past speakers, the current slate of speakers, local leaders, influencers and the press gather around great food to get excited about the upcoming event.

Jano does this cool thing after the event, he takes a few of the speakers, and they travel hundreds of miles into the countryside taking the talks and ideas out into the villages that would never be exposed to them.

How can I be useful and help my country?”Januario Jano, TEDxLuanda Organizer