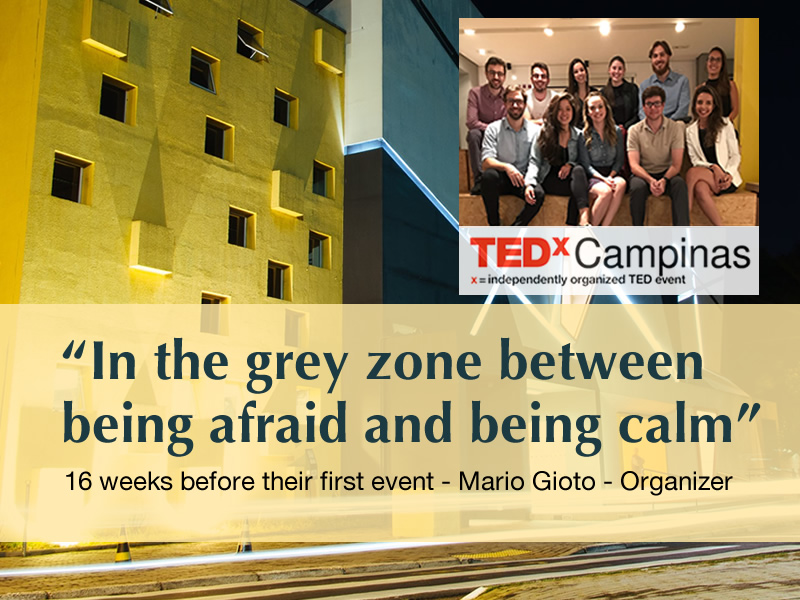 The Hack: Be humble about the TEDx brand. Don’t fall into the trap of being put on a pedestal

TEDxCampinas held their first event in March 2018. We had this conversation precisely 16 weeks before the big day. Mario Gioto, the Organizer, is also a TEDx Translator. There are over one million people in this city that is about 2 hours outside of Sao Paulo in Brazil.

He and two friends applied for the license and built a team with some of their close friends. Within four days of posting a call for volunteers on Facebook, they had over 60 people sign up.

Campinas is the Silicon Valley of Brazil and provides a wealth of sources for speakers and team members. There’s an innovation hub associated with the University, and they almost instantly had 150 recommendations for speakers.

As this is their first TEDx event, it was great to hear that the way the team has worked out has been so natural and fulfilling. He mentioned that the most significant challenge is that TEDx is not a known brand in the city.

“I’m in the grey zone between being afraid and being calm”16 weeks before the event, TEDxCampinas Organizer, Mario Giotto