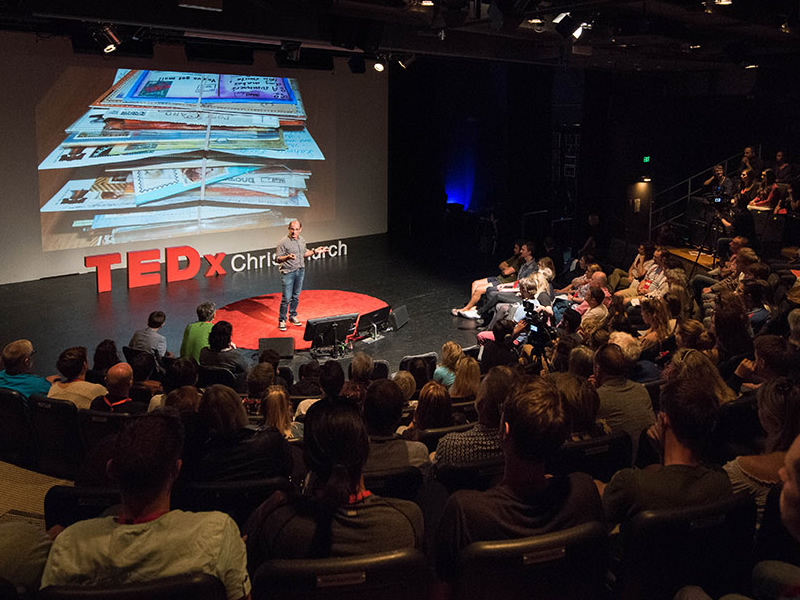 The Hack: If someone wants to spend money with you, let them.

Kaila Colbin is the Curator of TEDxChristchurch (New Zealand) and TEDxScottBase. She’s also the founder of Missing Link and the New Zealand Ambassador for Singularity University, a co-founder and Chair of the non-profit Ministry of Awesome, and a force of nature. I learned a lot about Christchurch during our conversation and how she came to New Zealand in the first place.

In 2009 she did a talk at TEDxAuckland and was hooked on TED. She’d set a goal to speak at a TEDx and achieved it. She also set a goal to produce a TEDx in Antarctica and rallied other Kiwi TEDx Organizers to the cause. We interviewed Trent Yeo about his role in that enormous project. I loved her quote about that effort, “We married the hurdles of working in Antarctica plus producing a TEDx.”

You’ll want to listen as she tells the story of the 2011 earthquake in Christchurch that destroyed 70% of the city, just weeks before TEDx. I won’t spoil the surprise. How they managed the crisis turned into a talk that she gave at TEDActive in 2011.