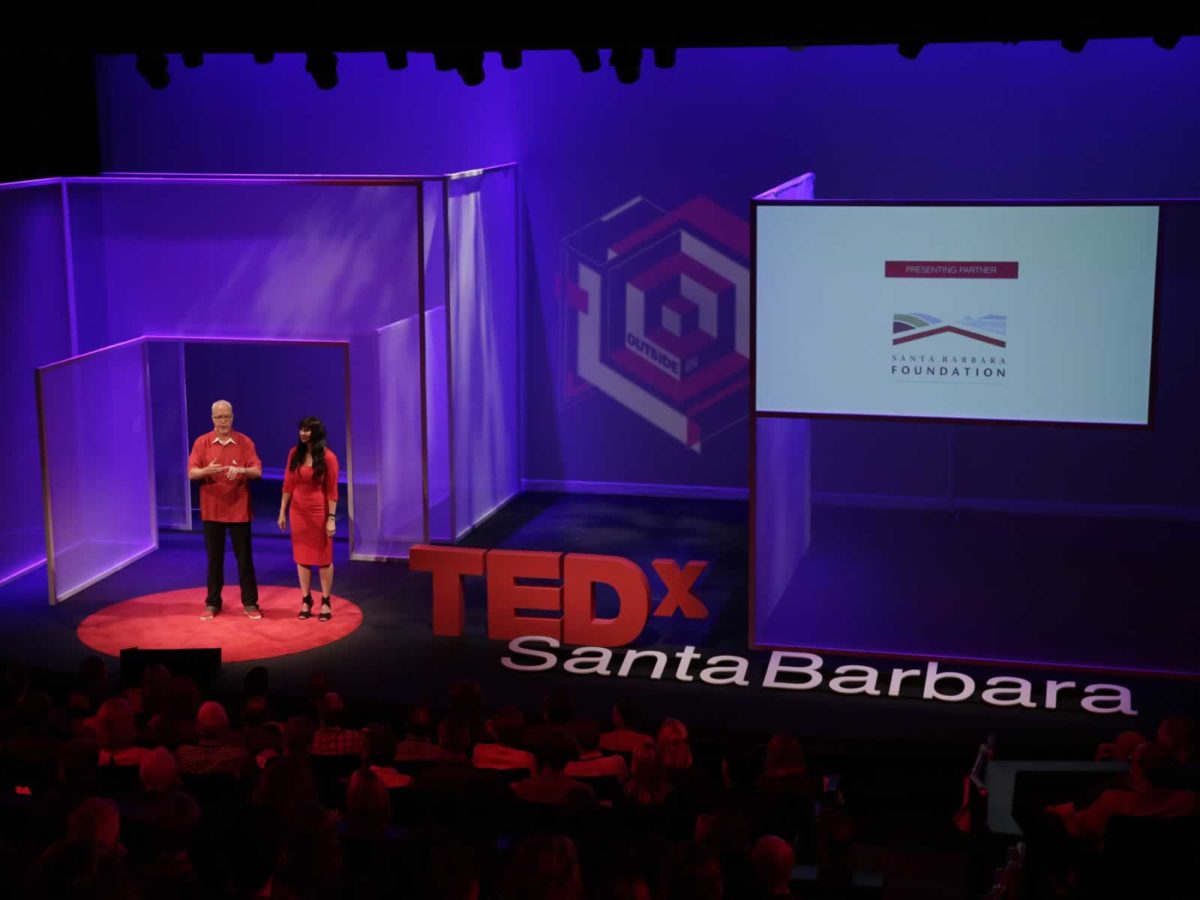 The Hack: Pick your speakers early

Mark Sylvester and Kymberlee Weil have been bringing TEDx to Santa Barbara since 2010. They started with TEDxAmericanRiviera on 10/10/10, produced it again in 2011 then again in 2012. After a couple of years off, they produced two TEDxLive events, rebranded the local event as TEDxSantaBarbara and relaunched in 2016.

Mark and Kymberlee have a great story about how they met and created a project that debuted at TED2003, which led to a software company that is still Mark’s day job, in addition to podcasting. Kymberlee fell in love with helping people get their ideas out and onto the red circle and since 2010 has coached over 150 speakers, both for TEDxSantaBarbara and many TEDx events around the world.

Kymberlee has been behind the microphone as well, speaking at the TEDSummit on Story Telling and in other venues around the globe. It was at the 2016 TEDSummit where Mark and Kymberlee learned that they’re one of the few couples who work together to produce a TEDx event. (They’d love to meet more TEDx organizing couples at TEDfest in 2018!)

One of the great things about hosting this podcast as well as producing an event is that we’re able to share the best practices and fresh ideas we hear from others with our team, in real-time. As a result, we’ve added new experiences, team members and workflows to improve our event.

Having a stellar team behind you is everything.”Kymberlee Weil, Speaking Strategist, Curator