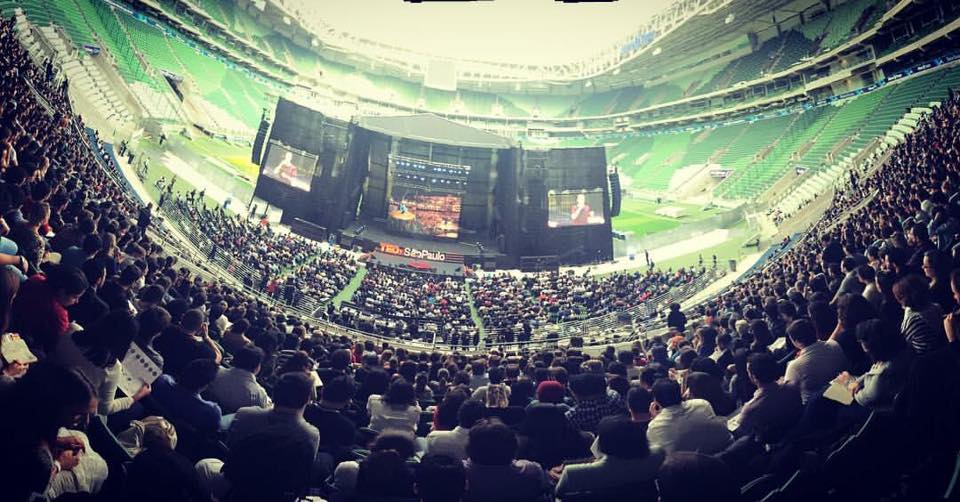 The Hack: Look at problems like LEGOS. How can you play with them, and learn at the same time?

Elena Crescia is a TEDx Organizer, a TED Talk Translator and a force of nature. She is from a city of 20 million people and is not awed by producing an event for 10,000. Seriously. Not at all. Last year they successfully hosted 5,000 in a new soccer stadium and saw they could easily double the crowd and reach more people. So, they said, “Yes, let’s do that.”

The stadium is large enough for them to have an inflatable planetarium with five telescopes and a working television studio, built just for the day. There are some logistics to deal with that other organizers don’t worry about, like firefighters, ambulances and other emergency services to name a few.

So far, the team at TEDxSaoPaulo has organized over 30 events, and Elena says once you’ve done a big event, it’s impossible to go back. With 10,000 in the stadium, it’s still only half full. What do you think they’ll do for 2018? Stay tuned.