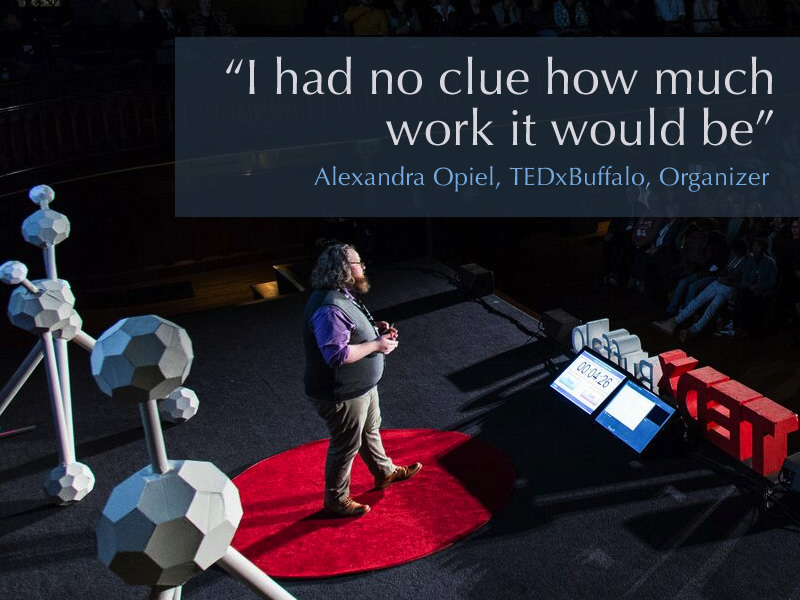 The Hack:
Keep a good file system of all past press releases, speaker letters, proposals, and documents to save you reinventing them each year.

Alexandra Opiel started at TEDxBuffalo as a volunteer, eventually replacing the original license holder and has run the event for the past three years. By days she's a project manager for a local Buffalo real estate development company, which is a perfect skill set to bring to the role of a TEDx Organizer. She naturally seeks out more responsibility, and it was this attitude that led her into the leadership position. I asked her how she is on the day of the event, she says, "A chilled panic."

Alex explains that they go about selecting a theme a bit different than I've heard from other organizers. They start by finding speakers, then once they have a full slate, they determine what the theme might be. They've had Perspectives, and Ignite as themes that have come out of this process. She says that they look for a vague term that is inspiring and lends itself to a cool logo yet doesn't lock them into a corner.

The TEDXBuffalo event is under 600 people, and they've found a great venue that allows them to have a more significant event than their old location which only held 100 attendees. One of the things that they do differently is to hold the event on a weeknight instead of a whole day, then follow it with a great after party.

I love that they have food trucks at the event to feed people during the break. The event starts around dinner time, and a Buffalo favorite is Pirogi's and BBQ and Vegan offerings. The food trucks allow people to buy what they want, and how much they want, so there's no waste. And doesn't add to the TEDxBuffalo budget.

They've been able to produce the entire event for under $10K, and keep ticket prices to $20. This puts a challenge on the team to come up with a low budget way to create experiences. She says that it helps to have the event on a Thursday evening, which keeps costs down as well.

She's surprised at how big the TEDx world is. Her experience at TEDxBuffalo, which focuses exclusively on Buffalo ideas, people, and food, had her thinking that TEDx was just limited to her city. This perspective changed dramatically when she went to TEDFest in 2017 and saw how vast the world of TEDx really is and how different everyone's events are, while still falling under the umbrella of Ideas Worth Spreading. TEDFest also opened her eyes to resources like the Hub and the TEDx organizers Facebook page.

The lead organizer is like a quarterback, if it goes well, you get the glory, if not, you have to explain it to everyone." Alex Opiel, TEDxBuffalo Organizer

This shot from the 2018 Hacker Dinners was held in conjunction with TEDFest. We spoke about it during the podcast. You can see many Organizers and past guest from the show. Alex is just to my right.  Thanks for everyone who joined us that evening in Brooklyn. 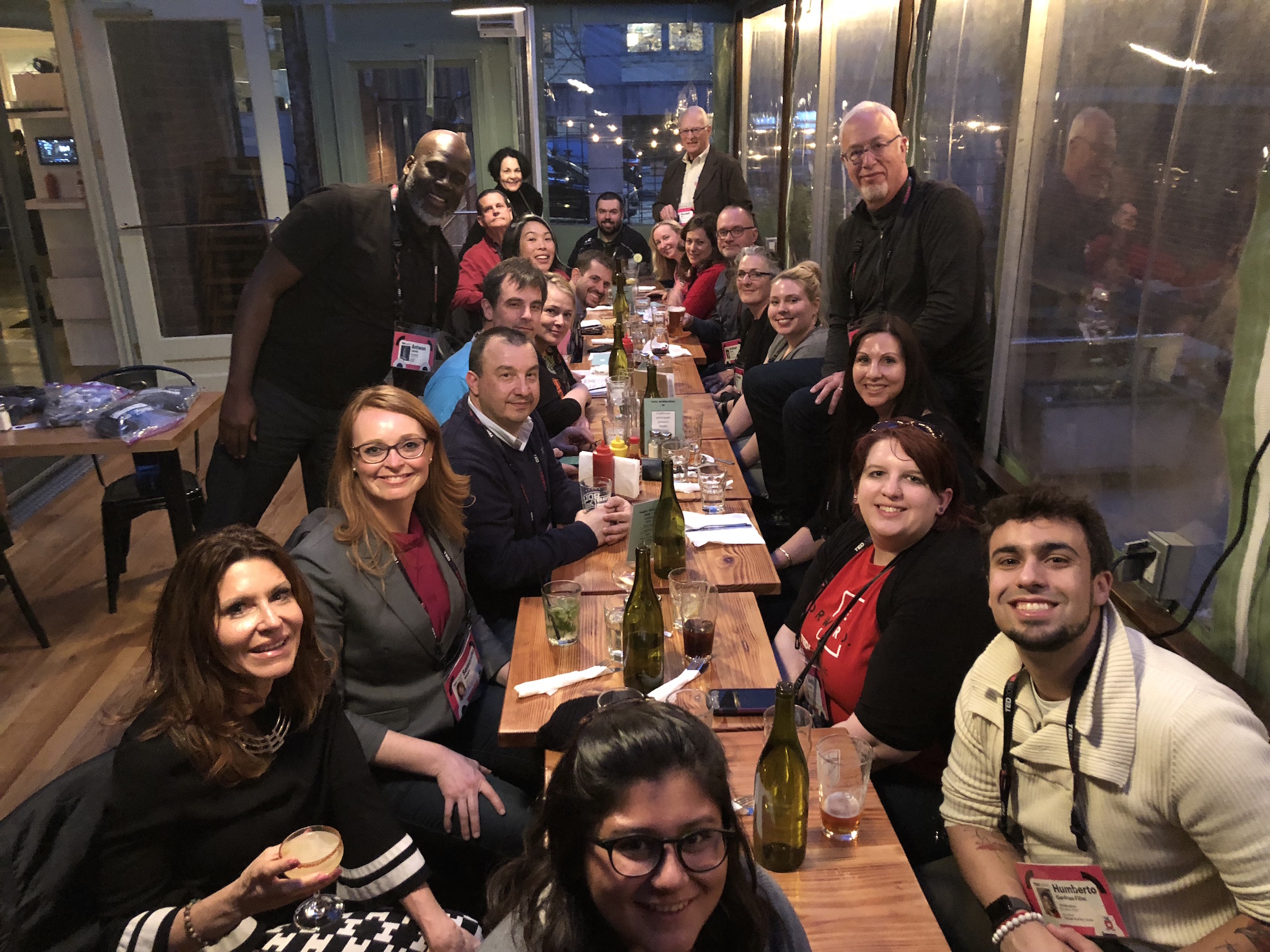