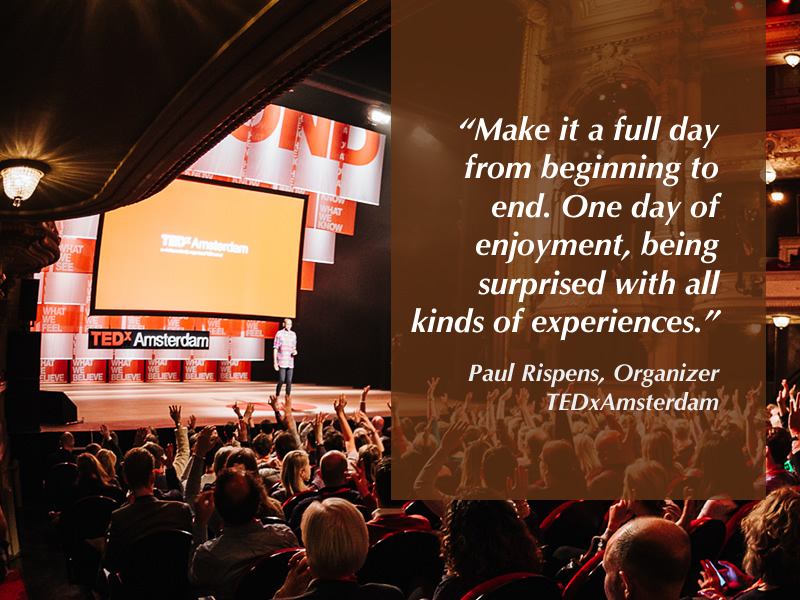 The Hack:
Fill baskets for attendees with buttons they can wear to identify something about themselves.

Have fun with it.

I'd been looking forward to posting this conversation with TEDxAmsterdam's organizer Paul Rispens for some time now. I'd heard such great things about the event, and it's on the list of TEDx events other organizers would like to attend. Paul has been involved with TEDx since 2009 and works with a core team of 30. This episode is a lively conversation with someone who believes that their event is a perfect blending of the best of TED with the best of Amsterdam. 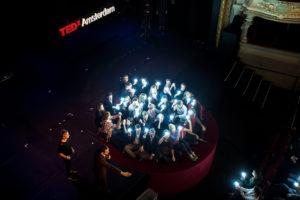 I thought it was interesting that they have six people on their partner team, 12 on communications, five curating and working with speakers, and 4 focused on the user experience. Paul says he spends two days a week, full time on the event in the months coming up to the show.

He talks about an interesting thing they did at the end of the 2017 show, which was a surprisingly light closing ceremony. It was to support the idea of 'big questions.' Listen as he explains how it all worked. It sounds like it was a fantastic experience if you were in that beautiful theater.

Paul is gearing up for the 10th edition of their show. Look at the TEDxAmsterdam website to get a sense of the excitement. They are going to mix the best of the best from the past ten years. With 850 attendees expected, this is going to be a memorable event.

Make it a full day from beginning to end - one day of enjoyment, being surprised with all kinds of experiences. Paul Rispens, Organizer, TEDxAmsterdam