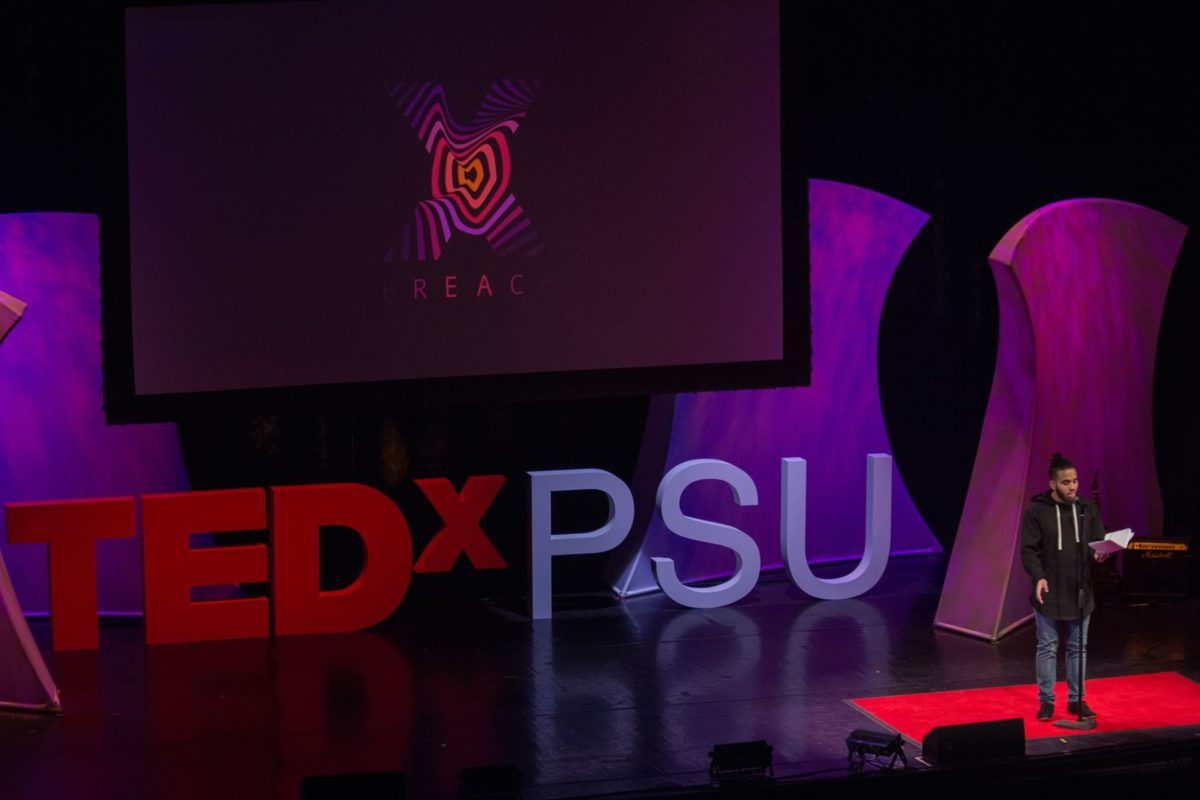 The Hack: Use inexpensive stage design to set the event tone

Herbert Reininger is a Creative Director, longtime TEDster and has worked with TEDxPSU at Pennsylvania State University since they started in 2010. They are one of the first 100 TEDx’s and annually produce an event for 800 with 2,000 viewing online. He helped with the design of the event until 2014 when he took over the license.

Herbert works as the Faculty Advisor, with a revolving door of students each school year, on the team. Over the years they’ve developed a technique of interviewing, shadowing and mentoring that has the effect of providing continuity across years.

One of the benefits of working on this TEDx is that the entire team travels to TEDxMidAtlantic three months before their event to be inspired and study from a TEDx that is acknowledged as being one of the best.