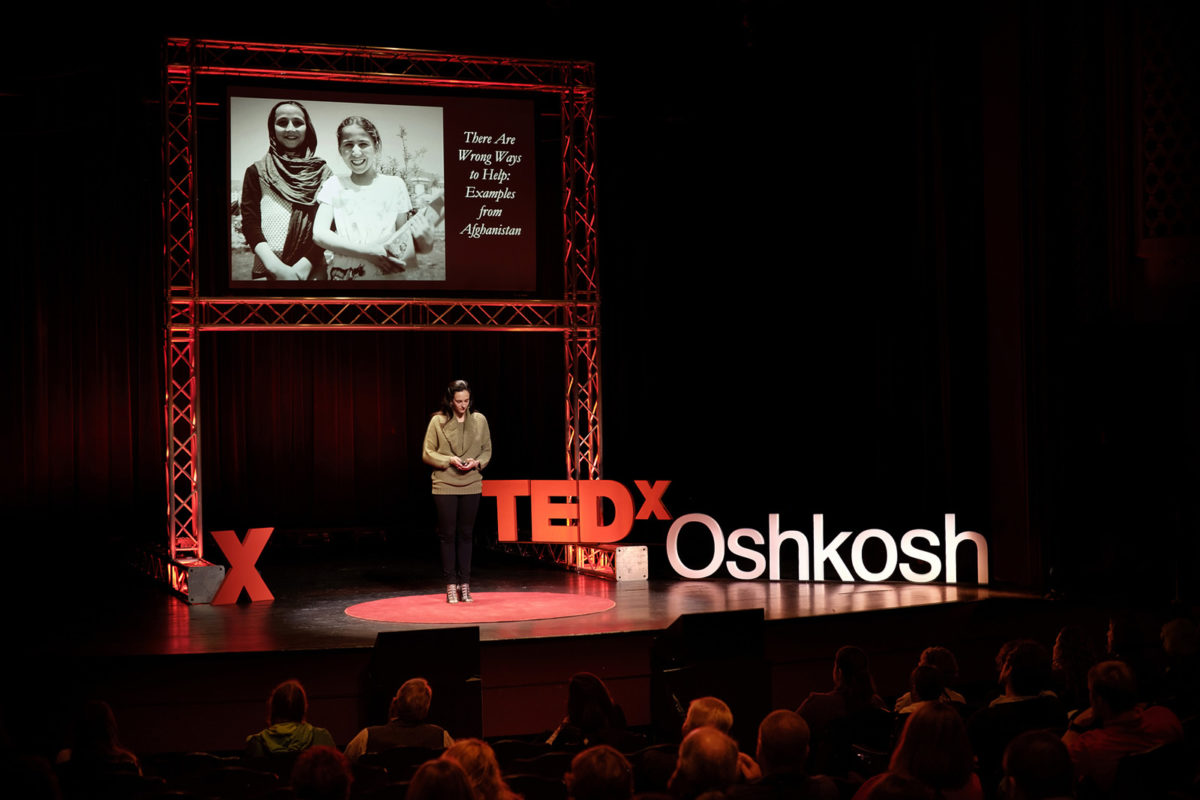 The Hack: Practice every day, and try some of Amy Cuddy's Power Poses

Bethany Lerch is a former Fulbright and Rotary Ambassadorial Scholar and was a speaker on the 2016 TEDxOshkosh stage. She spoke about avoiding the pitfalls of taking the wrong approach to international aid using examples from her time in Afghanistan.

She served as a military advisor in Kabul, Afghanistan, from February 2015 until June 2016 and while there received a note from TEDxOshkosh inviting her to tell her story. She made a list of the four things she could speak on, and the curators selected one from her diverse set of life experiences.

Bethany tells us a fantastic story of how she wrote her talk, by walking, for a month, across Spain. She trekked the Spanish Camino and memorized her talk one-step-at-a-time. She finished just in time to arrive on the TED stage. (Note: We don’t recommend cutting it this close for other speakers.)

She’s the founder of able to, a non-profit also known as the Afghan Education Project, which brings women from Afghanistan to Oshkosh, Wisconsin, to develop their leadership skills, then returns them to their home country. Able to is a project she runs in conjunction with local and regional Rotary groups and individual members.

It was the talk of my life"Bethany Lerch, TEDxOshkosh 2016 Speaker